Earlier this year, Japan opened its doors to tourists for the first time after the pandemic. Offering a blend of both, cultural and touristy experiences, it’s the perfect destination to visit especially this time of the year.

Autumn is a beautiful season to experience Japan. The weather is pleasant with temperatures never exceeding 23 degrees Celsius. The elevated parts of the country are cooler and may even experience snowfall, such as the Japanese Alps. There’s a wide range of things to see and do from religious shrines and museums to beaches, hot springs and gardens. There are touristy gems to explore too, such as traditional tea ceremonies and noodle-making workshops. In this feature, we explore three cities, offering some of Japan’s best.

Start at Ueno Park, a popular city space, which transforms into an expanse of maple and honey-hued foliage in autumn. It’s lined with over 8,000 trees including ginkgo, zelkova and cherry, features a pond with an extensive lotus bed and attracts a variety of bird species in the winter. Cultural highlights at Ueno Park include Tokyo National Museum, the city’s most popular art museum. It houses a comprehensive collection of artwork and cultural objects from Asia with a focus on ancient and medieval Japanese and Asian art along the Silk Road. The museum has many galleries, with different displays and gardens as well as restaurants and shops.

Buddhist temples and Shinto shrines are an important part of Tokyo’s landscape. There are several that you can visit in and around Ueno Park. You can’t miss Kan’ei-ji Temple’s five-storey pagoda. It’s one of the few structures in the original Buddhist temple complex that has withstood calamities such as war and fire; the original layout consisted of over 30 buildings spread across a considerable area of the park. Kan’ei-ji Temple is home to an engraved stone said to be a memorial to the souls of insects that died during a scientific study – a testament to the Buddhist principle of non-violence.

Ueno Tōshō-gū, which used to be part of the old Kan’eiji Temple complex, is a Shinto shrine in Ueno Park and a great example of Shinto architecture in the Edo period of Japanese history. The carvings on parts of the shrine are said to depict a total of over 200 species of plants and animals. Some areas permit free entry while others have a fee and some are out of bounds.

Other popular religious sites in the vicinity include Sensōji, an ancient Buddhist temple and Tokyo’s oldest, located in Asakusa. There is quite a bit to cover here, from the Thunder Gate, featuring a massive, 700-kilogram paper lantern, to the two waraji or straw sandals, each weighing 400 kilograms. to the stately five-storey pagoda and main hall devoted to Kannon, the Buddhist goddess of mercy. Exploring all of this could easily take an entire day. However, Nakamise-dōri, the shopping street is lined with many food stalls so, you can rest and grab a bite to eat. Meiji Shrine is nestled in a forest covered by over 300 different species of trees numbering more than 100,000. The tranquil shrine grounds offer respite from the hustle and bustle of the urban cityscape.

Nature lovers can also explore Hama-rikyū Gardens. Beautifully landscaped, the gardens boast a teahouse that serves traditional Japanese tea and sweets. Don’t miss the Tokyo Grand Tea Ceremony from October 22 to 23 where you can experience Japan’s tea tradition, complete with wagashi or local confections, as well as traditional dance performances.

The Imperial Palace East Gardens are only a 10-minute walk from Tokyo station. Stroll through the grounds of the former Edo Castle and climb the ruins. While none of the main buildings remain today, the moats, walls, entrance gates and several guardhouses still exist. The garden itself is picturesque and wonderful to behold, with colourful flowers and plants that bloom all year round.

Often seen as a day trip from Tokyo, the mountain town of Nikko is the perfect base for Alpine sightseeing, particularly during autumn when the nearby Kegon Falls are absolutely resplendent. You can opt for a hiking or a bicycle tour. The scenic routes, with stunning views and colourful foliage are a true feast for the senses.

Home to magnificent beaches and coastlines teaming with corals and other underwater life, Okinawa is a great destination to enjoy one last summer holiday before winter. The weather’s warm enough to enjoy the sand and sea and you can explore a range of activities including jet skiing, kayaking, parasailing, snorkelling and diving.

Manza Beach is well-known and though it’s part of a resort, it’s open to the general public too. A 300-metre sandy stretch offers ample space to sunbathe or simply relax with family or friends. You can enjoy water activities as well. Don’t miss the chance to take in the blue expanse, standing atop Cape Manzamo, listening to the waves crashing against the rocks.

Yonaha Maehama Beach is also popular and known for its stunning sunsets. It’s relatively quiet, stretches for seven kilometres and is said to have the whitest sand in the Pacific.

Mibaru Beach is surrounded by coral reefs that you can explore aboard a glass-bottomed boat. These reefs are a hive of activity. Unusual rock formations also stand in the water, adding to the beauty of this white-sand beach flanked by clear blue waters. Other nearby attractions include Okinawa World theme park, where you can explore the Gyokusendō, a massive, five-kilometre-long limestone cave, and sample the local snake-infused medicinal drink, habushu – be brave! Explore traditional cuisine at Makishi Public Market, dubbed by the locals as the ‘Kitchen of Okinawa’. An erstwhile tributary state of imperial Ming China, Okinawa is known for its native Ryūkyūan culture, which is distinctly different from the mainland. Its cuisine is influenced by Chinese cooking styles. Okinawan soba is quite popular and made using flour rather than the traditional buckwheat. October 17 is even celebrated as Okinawa Soba Day. Gōyā Chanpurū, a stir-fry dish of bitter melon combined with eggs and tofu, is another staple. Soy-based ingredients such as tofu are commonly used – a sweet dish to try is Jīmami dōfu or peanut tofu squares drizzled with sweetened soy sauce. A popular side dish is Umi-budō, which translates to sea grapes. Having a salty, ocean-like flavour, they are eaten raw and pop in your mouth.

Other shores to watch out for include Furuzamami Beach, a popular snorkelling destination, in addition to offering other beach activities; Zanpa Beach, which is said to be one of the best for swimming even during low tide; Aharen Beach, which is budget-friendly and good for snorkelling; and Aragusuku Beach, known for its stunning coral reefs. A caveat, typhoons are common in Okinawa this time of the year so ensure you double check before you visit.

Shurijo Castle Revival Festival is one of Naha, the capital of Okinawa’s, biggest and most important autumn events, celebrating the legacy of the Kingdom of the Ryūkyūs. Immerse yourself in the cultural performances. The Naha Giant Tug-of-War Festival is another one to note.

No holiday is complete without a bit of relaxation. Kanagawa is well-known for its hot spring resorts. Stay at one of the ryokans or traditional inns and soak in the mineral-rich waters. Many allow daytime visitors too but charge a fee.

Other tourist attractions include Ōwakudani, a volcanic valley. You can walk along the trail into the volcanic zone with numerous steam vents and bubbling pools. The views from here are to die for. A popular touristy thing to do is eat a boiled egg that’s cooked in the hot spring pools. The shell turns black due to the chemical reaction and eating it is said to prolong one’s life by seven years.

Enjoy a sightseeing cruise on Lake Ashi with a view of the nearby mountains and Mount Fuji. One of the famed Hakone Shrine’s traditional gates or torri stands in Lake Ashi and is a popular photo spot.

Located in Kamakura, Hōkoku-ji Temple is popular for its spectacular bamboo garden and a tea house where you can enjoy matcha green tea while taking in the surrounding view. Kōtoku-in Temple is known for the Great Buddha of Kamakura. A symbol of the city, this colossal statue towers at over 13 metres.

Nestled in a valley, Hase-kannon temple has the biggest Kannon statues in Japan. In order to reach the main hall, you need to scale almost 400 steps but the spectacular view of autumnal colours from the top makes the journey worth it.

The capital city of Yokohama has some interesting things to see and do. The CupNoodles Museum in Minato Mirai 21, an urban centre, features exhibitions about instant noodles and hands-on workshops. Yokohama Chinatown, one of the biggest in the world, has numerous restaurants and food shops to try.

Yamashita Park is a popular place to relax and take a walk while enjoying waterfront views of the Port of Yokohama. Sankei-en Garden, a large traditional Japanese garden, with a ponds, streams and undulating pathways, is popular too. ✤ 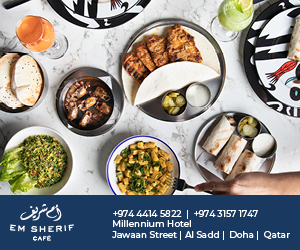 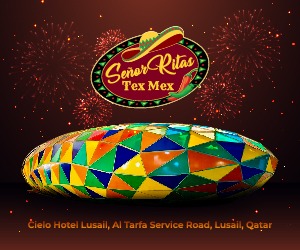 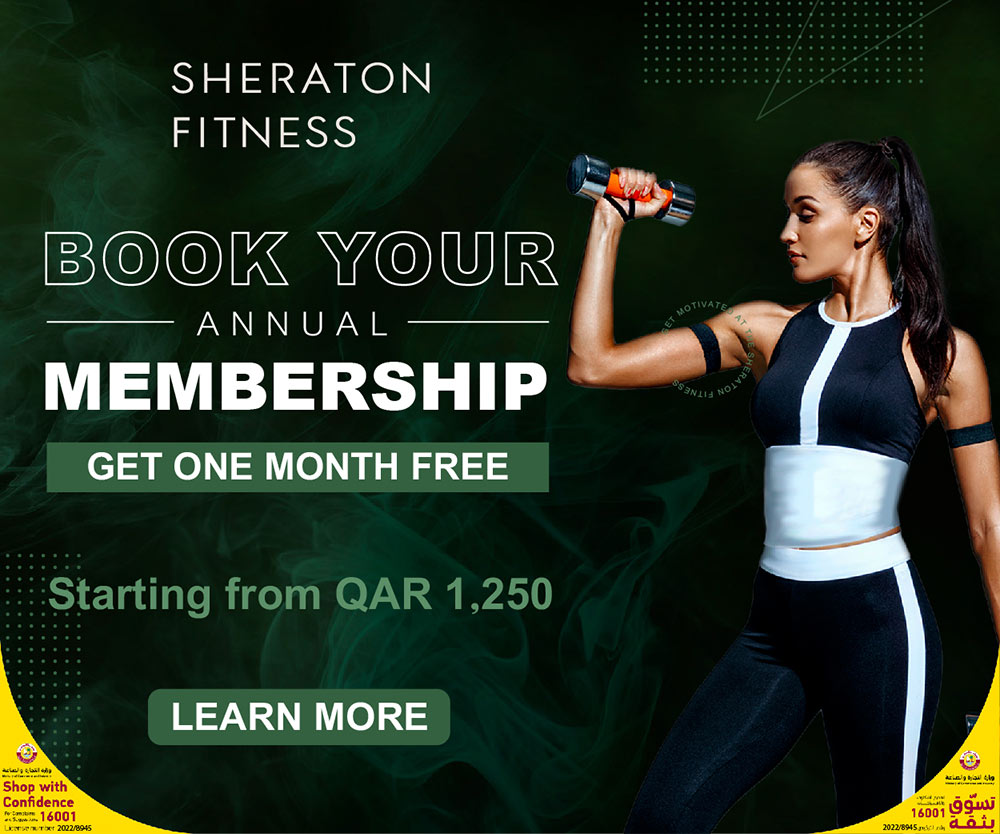